Edit
watch 01:36
We're Getting Mutants in the MCU - The Loop
Do you like this video?
Play Sound

Yuudai: with the social grace of a nervous hornet, Yuudai avoids friendship like the plague. He is much more content to lord his position as fish stall supervisor over the heads of his underlings, and never talks about his personal life.

Yuudai possesses the social grace of a nervous hornet and lives his life in a constant state of angry panic. Proud cat parent.

Angry, mistrustful, shy. A huge softie underneath all the prickliness.

From what we know, Arata and Yuudai go "way back" as far as six years, but stopped communicating due to an argument that ended poorly. Arata threw a bottle at Yuudais face in a drunken fit, and then ordered a cab for him to go to the hospital. It's been a year since the incident, and Yuudai hasn't contacted him since now.

"I don't even know anymore."

"No, Hime. Daddy's pathetic and he doesn't deserve your love."

"ARE YOU SHITTING ME, JIRO?" 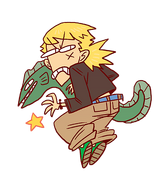 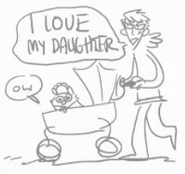 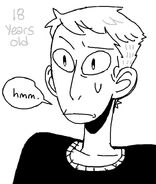 Types of smiles
Community content is available under CC-BY-SA unless otherwise noted.
Advertisement